A Piano Master on Taking a Chopin Challenge 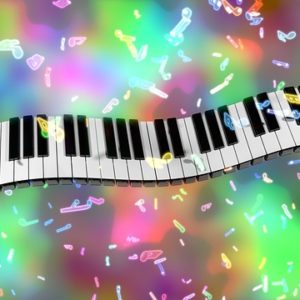 Leif Ove Andsnes records the four famously difficult Ballades, with a selection of Nocturnes, for a new album.

This article was written by Joshua Barone, and it appeared in the New York Times.

What were your first encounters with these pieces?

I do remember that Chopin was one of the first composers as a child that I felt really close to.  Of course I couldn’t play any Chopin immediately, but I did feel this immediate connection to the incredibly confessional quality in the music.  The Ballades, I think, I discovered when I was 12.  There was this cassette we had with the four Ballades.  And I just thought I had never heard piano music as beautiful as this.

What makes them different from other piano music?

There’s such a diversity of emotion, isn’t there?  The beauty and the storytelling of the melodies combined with extremely haunting, interesting, painful harmonies.  The just got to me immediately.  And the intelligence of the composition – like in the Second Ballade, he can create something very pure and you think, O.K. this is how it’s going.  Then in a split second there’s a dissonance that changes absolutely everything.

This music is so transitional, from one thing to the next all the time.  When we get to something like the Fourth Ballade, it’s so rhapsodic and so complex.  I was extremely haunted by it.  I thought:  This is it, this is the peak of Romantic piano music.  How could he give voice to such suffering and create something so epic at the same time?  And in 10 minutes.

How have your feelings about the Ballades changed since then?

They’ve become much more rich.  I remember listening to something like the Fourth Ballade and recognizing it as truly great.  But it was still very much an adult world, and it would take me time to grasp and digest it.  That’s a piece that I only started playing seven years ago.  I always thought:  This is too early, I can’t do it.  It’s elusive: You need a feeling for this kind of music, and you need to live with it.